The City of Espoo will have a significantly extended culture hub in Tapiola.

The City of Espoo organized a competition for the Espoo Culture Centre and its surroundings in Tapiola, a garden city world-renowned for its modernist architecture and city planning. The proposal “Uusikuu” by Verstas Architects and the collaborators Arkkitehdit Mustonen Oy and Loci maisema-arkkitehdit Oy was chosen the winner.

The design envisions a renewed public space – Kulttuuriaukio – a culture square, that will better integrate the current culture centre to the centre of the garden city. The original building, designed in the 80’s by Arto Sipinen, will grow substantially into a more versatile hub of culture spaces, including a new large, well-equipped performance hall and the expanding Tapiola library. The foyer of the new performance hall opens to Kulttuuriaukio bringing its events to the public realm.

Press release from the City of Espoo (in Finnish) 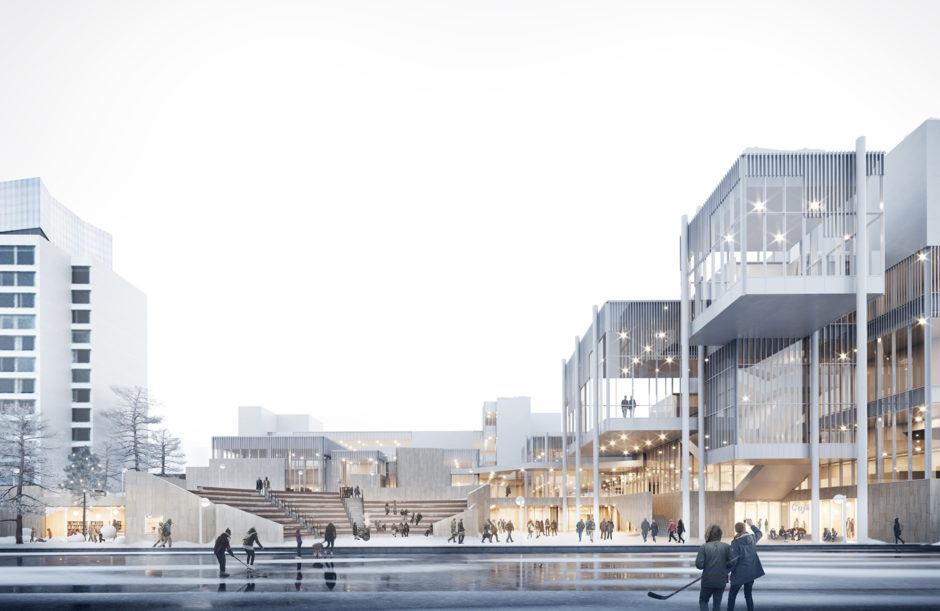